Climate Change Should be a Non-Partisan Issue, says John Kerry

Another leading politician has spoken out about the non-partisan nature of climate change.

A couple of months ago, it was Natural Resources Minister Jim Carr, who argued that there is an “absolute non-partisan hue to the environment and climate change,” at GreenPAC’s Breakfast on the Hill. Yesterday it was U.S. Secretary of State John Kerry addressing a room full of MIT students. 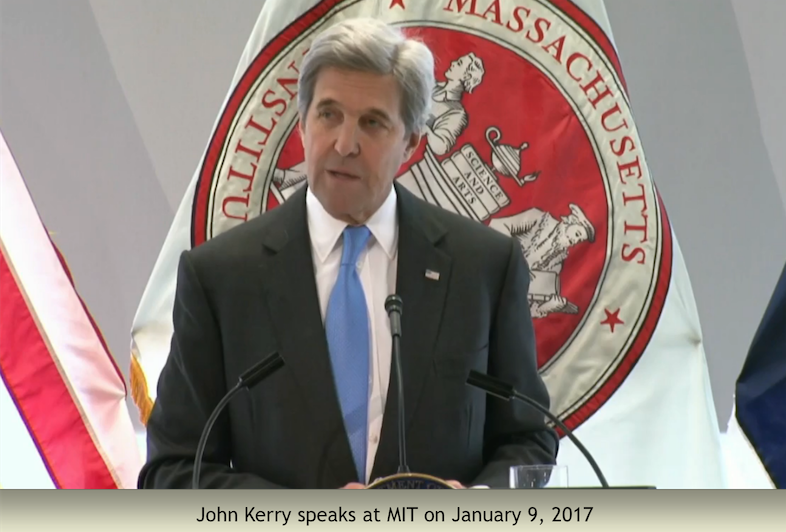 Many climate deniers disagree with Kerry, touting that clean energy is bad for business. But global leaders are investing in renewable tech – the UK invested more than $22 billion in clean energy this year, and China invested more than $100 billion – causing the industry to expand and the price of clean energy to drop. Refusing to transition to a low-carbon economy, argues Kerry, would be a mistake. “We will fail to share in the benefits of clean tech,” he said.

Then came the highlight of his speech. “Climate change should not be a partisan issue,” Kerry emphasized. It isn’t a partisan issue for mayors working to defend their cities from natural disasters, he said, or business leaders of all party stripes that invest in renewables. The scientists that understand the full weight of climate change, and have been fighting their whole lives to prevent it, know more than anyone that there is nothing partisan about it.

I whole-heartedly agree with Kerry. It’s time for cross-partisan efforts to tackle climate change. Governments should be working towards securing clean air, water and soil for their citizens, who deserve the right to a healthy environment. But how long will we wait before that happens? When will our leaders understand the non-partisan nature of the climate change, and work together to prevent it?