We helped elect 16 candidates across the political spectrum in the 2019 federal election. See below for a short description of each endorsee's environmental leadership record. For more on our endorsement process, click here.

Will Amos has been involved in the environmental movement for over 20 years. Before entering the House of Commons, he was a policy advisor to the federal Environment Minister, policy analyst at Environment Canada, and board member at Sierra Club of Canada. As an MP, Amos has worked to secure all-party support to strengthen the Canadian Environmental Protection Act and fund Indigenous-led conservation.

Taylor Bachrach has been recognized as a municipal climate champion for his work as Mayor of Smithers, which includes his role as chair of the BC Municipal Climate Leadership Council and member of the Province of BC’s Climate Solutions and Clean Growth Advisory Council. In 2016, he led a campaign alongside the Wet’suwet’en to protect the Bulkley River from coalbed methane drilling, and has been active in local efforts to reject the Enbridge Northern Gateway pipeline.

Richard Cannings has had a long career as an award-winning biologist and natural history author. In addition to a multi-decade career as a Professor of Zoology, Cannings served as Founding Director of the Okanagan Similkameen Conservation Alliance, and Co-Chair of the Committee on the Status of Endangered Wildlife in Canada. Since being elected MP, Richard has introduced legislation to protect local lakes and rivers from development and strengthen the Species at Risk Act.

Michael Chong has emerged as a climate leader within his party. He co-founded the All-Party Climate Change Caucus, worked across party lines to create the Rouge Urban National Park, and helped secure funding for scientific and environmental research. In 2017, he ran in the CPC leadership race as the only candidate with a plan to address climate change.

Terry Duguid first joined politics as a city councillor and Chair of Public Works in Winnipeg, where he worked to improve the city's water quality, transportation and waste management. Duguid has also served as the President of Sustainable Development International and Executive Director of the Manitoba Climate Change Task Force. As an MP, Duguid continues his efforts to improve water quality in the Lake Winnipeg Basin.

Kirsty Duncan is a former researcher and professor of climatology, meteorology and environmental health. She consulted Environment Canada on the health impacts of climate change, and served as lead author for two years with the Intergovernmental Panel on Climate Change (IPCC). In 2015, Duncan was appointed Minister of Science, and she continues to advocate for greater funding for climate research.

Andy Fillmore is a longtime urban planner passionate about building sustainable communities. As Manager of Urban Design for the City of Halifax, Fillmore created “HRM by Design,” the downtown Halifax plan, and led efforts to reduce urban emissions from sprawl. In September 2016, Fillmore’s motion calling for greenhouse gas analyses of government infrastructure passed in the House with multi-party support.

Joël Godin has been working to reduce waste in his riding. Soon after his election he initiated consultations with local economic and environmental stakeholders, and later launched the Circular Economy Committee, a network of companies that work together to turn one company's residual material into the raw material for another. He is currently the Conservative Environment Critic.

Steven Guilbeault is the founder of Équiterre, Quebec’s largest and most influential environmental non-profit organization. He has worked with organizations like Climate Action Network and Greenpeace, chaired several committees on climate change and renewable energy, and won numerous awards for his leadership. He remains one of the most high profile environmentalists in Quebec and nationwide.

Gord Johns is a longtime green entrepreneur, having owned and operated a natural clothing store and bike rental business for over 10 years. After being elected MP, he introduced a motion to create a national strategy on marine plastics - it received unanimous support from all parties and led to the government’s decision to ban single-use plastics by 2021.

Larry Maguire has been a long-time advocate for water stewardship. In Manitoba’s provincial government, he lobbied for improvements to the Water Rights Act, and in federal government he was an early champion of the Assiniboine River Basin Initiative. He has worked closely with Conservation Districts, Ducks Unlimited and the Nature Conservatory of Canada to secure funding for water management and wetland restoration projects.

Elizabeth May has been a lifelong environmental champion. Prior to running for office, May served as the Senior Policy Advisor to the federal Environment Minister and the Executive Director of the Sierra Club. Since being elected, May has moved the needle on the environment in a big way, successfully getting Canada to embrace the 1.5 degree target at COP21 and sign on to the Ocean Charter on plastics in 2017.

Dan Mazier is a farmer that has been active in supporting green, natural infrastructure and renewable energy. He co-founded the Elton Energy Cooperative, a provincial initiative committed to developing community-based renewable energy projects. As President of Keystone Agriculture Producers, he advocated for an Alternative Land Use Services (ALUS) type approach to protect agriculture, wildlife and natural spaces.

Catherine McKenna has moved the needle on the environment as Minister of Environment and Climate Change. Since 2015, she has brought together provinces and territories to develop Canada’s first-ever national climate change plan. McKenna urged business to join the Carbon Pricing Leadership Coalition, helped establish the Rouge Urban National Park, and spearheaded the issue of plastic pollution in Canada.

Joyce Murray has been an environmental leader provincially and federally for years. She first served as BC's Minister of Water, Land, and Air Protection, where she set the foundation for BC's five-part climate plan, and later served as MP for Vancouver Quadra, where she introduced legislation to ban oil tankers from Canada's Pacific North Coast and championed the development of the Centre for Greening Government. 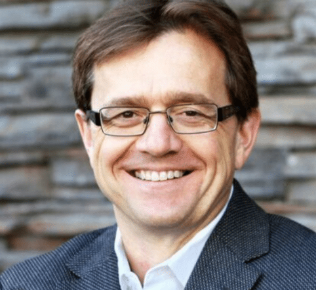 François Choquette had been a climate leader in the House of Commons. He was named vice-chair and then chair of the All-Party Climate Caucus and has worked to foster discussion around climate change on the Hill. Choquette also introduced legislation to protect rivers from development and led and supported local environmental initiatives, including campaigning against hydraulic fracturing in Drummond.

Steve Dyck is committed to building healthy and sustainable communities. As founder and president of Guelph Solar, he has been a local leader in designing and installing solar panels, and has been instrumental in building the green economy in Guelph. Steve is actively involved in several environmental organizations, including the People's March for Climate, Guelph's Rise for Real Climate Action, and Citizens' Climate Lobby. 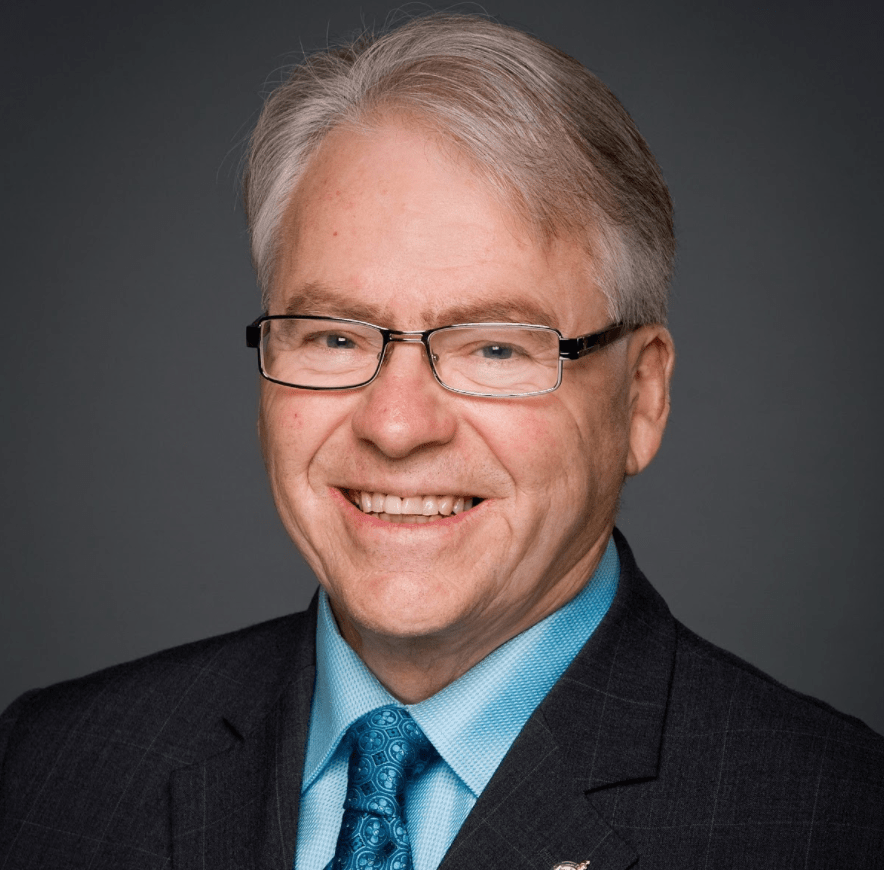 Bruce Hyer is a lifelong environmental champion passionate about conservation and halting pollution. He has worked throughout North America on pesticide research and regulation, first helping to ban DDT in the US and then later in Canada. He also played an essential role in winning protection for Wabakimi Provincial Park, the Lake Superior National Marine Conservation Area, and numerous other wilderness areas.

Anna Keenan has been advocating for greater climate action for over a decade. She has worked with the Australian Conservation Foundation, Avaaz, Greenpeace International, Environmental Coalition of PEI, and most recently, 350.org as their Fossil Free Community Manager. Within a year of arriving in PEI she was elected President of the provincial Green Party.

Racelle Kooy has often been a spokesperson for First Nations communities on social justice and sustainable development projects. She was the communications lead for a project led by the Stk’emlupsemc te Secwepemc Nation to successfully reject the KGHM-Ajax copper and gold mine, and she helped bring Chiefs' views forward to the UN about the environmental impacts of the Mount Polley tailing ponds.

Darcie Lanthier is a strong advocate of renewable energy and has worked for years to make our homes and workplaces more sustainable. She's designed and sold solar panels throughout PEI, and has worked as an energy auditor for the City of Charlottetown. She is also the founder of PEI Food Exchange, whose mission is to improve food security on the island.

Gord Miller is an ecologist best known for his 15-year long career as Ontario’s Environment Commissioner. In this role he supported the Ontario government in taking action on number of environmental measures, including protecting bees from neonicotinoid pesticides, adopting the Provincial Parks and Conservation Reserves Act, and ending logging in Algonquin Provincial Park.

Joan Phillip has been the Penticton Indian Band’s land administrator for more than two decades. A well-known environmental activist in her community, Phillip has stood up against projects like the Site C dam and Ajax open-pit copper mine. In 2017, she was awarded the Eugene Rogers Environmental Award from the Wilderness Committee for her lifelong environmental leadership.

Jane Philpott has experience spanning three decades dealing with the health impacts of drought and famine in Niger and West Africa. As Minister of Health, she kept environmental determinants of health in mind, improving regulations on pesticides and increasing funding for disaster mitigation. She also helped overhaul Canada’s Food Guide to be more inclusive and feature sustainable food choices.

Wayne Stetski worked for 29 years for the BC Ministry of Environment in the East and West Kootenays. After being elected MP, Stetski was quickly named NDP National Parks Critic, where he worked to uphold international conservation commitments and preserve Wood Buffalo National Park. He is currently vice-chair of the Environment Committee and co-chair of the Parliamentary All-Party Cycling Caucus.

Rudy Turtle is Chief of the Grassy Narrows First Nation and a longtime advocate for the clean-up of mercury in the English and Wabigoon river systems — which has been impacting and poisoning Grassy Narrows and Wabaseemoong members for generations. On top of this advocacy work, he has also helped ban future industrial activities like logging, mining and mineral staking in the Whiskey Jack Forest.

Celebrating our 2015 federal election success - What We've Accomplished, Together