It’s a small piece of legislation that could have a major impact for endangered species. Which makes the story behind Bill C-363, An Act to amend the Species at Risk Act (SARA), a great example of what Canadians gain by putting experienced environmental leaders in Parliament. 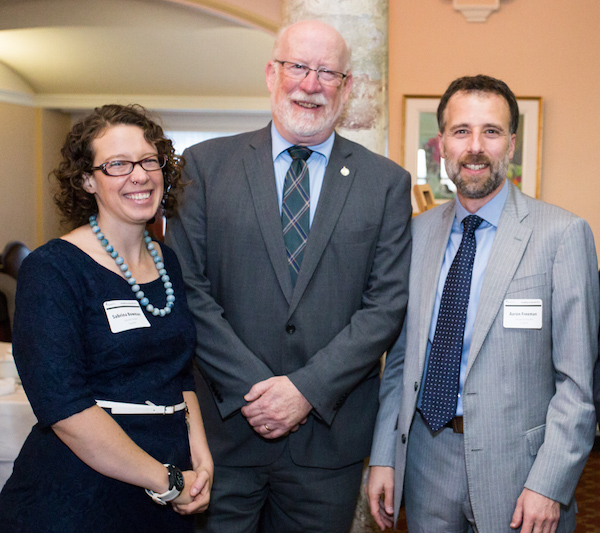 GreenPAC endorsee Richard Cannings (NDP-South Okanagan-West Kootenay) introduced C-363 in late September to “patch a large loophole” in SARA that “has allowed previous governments to willfully ignore scientific advice as to which species need protection in Canada,” he writes on his website.

SARA “is designed to be transparent and timely,” Cannings explains. “It is also politically flexible.” Under the Act, the Committee on the Status of Endangered Wildlife in Canada (COSEWIC) issues an annual report to the environment minister, listing the species it recommends for protection. After that, “governments can choose to list a species or not, but they must make the decision in a timely manner and give public reasons for their decisions.”

In other words, the process begins where it should—with the best available scientific evidence. It ends where it must—with elected representatives making the tough decisions. SARA requires Cabinet to make them within nine months of each year’s COSEWIC report.

The one thing Cabinet isn’t supposed to do is duck its responsibilities. But that’s exactly what happened between 2011 and 2015, when COSEWIC recommended adding 82 species to the SARA list, and the government of the day failed to act on any of them.

“It seemed pretty clear to me and everyone else that nine months meant nine months,” Cannings said in an interview last week. And he should know: after a long career as a conservation biologist, Cannings spent eight years as co-chair of COSEWIC before running for office.

The problems began when government lawyers spotted an ambiguity in the SARA legislation and decided the clock began ticking on the nine-month deadline when the environment minister reported COSEWIC’s advice to Cabinet—not when the committee itself reported to the minister. So a succession of ministers simply remembered to forget to tell Cabinet that they’d received the committee’s reports.

“I can honestly say it is frustrating as a scientist to have your advice completely ignored by government, especially when that advice is written directly into legislation as something the government must consider,” Cannings notes on his website. Bill C-363 removes the loophole and restores the transparency and (relative) timeliness that Parliament always intended.

Getting the Process Right

Cannings stresses that his private member’s bill—like SARA itself—is about getting the process right, not about determining the outcome for any one species.

“The government doesn’t have to add things to the list,” he says. “They can say they won’t list a species. But they have to make a decision, and that’s where the transparency comes in.”

But “when the government can refuse to take any action, it defeats the purpose of the whole process: They don’t do anything, and they don’t have to tell you.”

For good faith and flexibility—and recognizing the consultation time needed to put protections in place for big species like polar bear, caribou, or narwhal—Cannings drafted his bill to give governments 12 months to respond to a COSEWIC recommendation, rather than the original nine. But flexibility has its limits.

“These species are listed as endangered for good reason, and prompt action is really necessary,” he says. “Once they’re listed, the government still has another two years to come up with a plan to deal with how they’ll recover that species. So it can really start to drag out if you don’t do anything.”

At the moment, he adds, Environment and Climate Change Canada is so far behind on its habitat protection work that virtually every biologist in the department is working on species at risk. “They’ve let all this work pile up, hoping they wouldn’t have to do anything, and the courts have told them: ‘Yes, you do have to do something.’”

What Can One MP Do?

Even by raising the issue, certainly if the bill eventually passes, Cannings’ experience with C-363 shows that a single Member of Parliament—a single environmental leader—can make all the difference on big, complex legislation like the Species at Risk Act.

The bill won’t solve everything that is wrong with endangered species protection in Canada. No private member’s bill ever could. It’s a form of legislative measure that has no official support from the government of the day, and cannot invoke any kind of budget authority. Fewer than half of private member’s bills are ever debated in Parliament, and fewer still are adopted.

But they can have an impact when they’re used to shine a spotlight on an issue, or to push minor administrative changes that make existing legislation work better. With C-363, “making this little tweak would start the ball rolling, or at least get things going in a more prompt fashion, and we owe that to these species,” he notes.

What’s remarkable about Richard Cannings’ pursuit of Bill C-363 is the calm, reasoned tone he adopts to promote a truly urgent legislative measure.

“It’s very easy to sound reasonable when all you’re doing is proposing a small wording change that brings the bill back to its original intent,” he says. “And it’s entirely reasonable to say that if the Species at Risk Act is to have any effect at all, it should have its original force.”