“Environmental leadership needs to come from all parts of the political spectrum,” said Aaron Freeman, GreenPAC’s Founder and President.

Endorsed candidates were selected by an Expert Panel made up of non-partisan leaders in various environmental fields. The panel evaluated candidates based on their past environment-related accomplishments in the private, public, or NGO sectors. Political platforms and campaign promises were not assessed.

Canadians interested in pledging support for an environmental champion in the election can use GreenPAC’s candidate matching tool. This tool was developed by GreenPAC to match Canadians with the candidate on the Green 18 list who is best aligned with their political values. They encourage pledges of financial and volunteer support to those candidates’ campaigns.

“Traditionally, candidates who put the environment first have had fewer resources than their opponents,” continued Freeman. “GreenPAC aims to change that. By harnessing the broad support for environmental action in Canada and strategically focusing on select key campaigns, we believe we can make the environment a top political priority.”

“Canada was formerly a world leader on environmental policy and action, and GreenPAC aims to help elect politicians who rebuild this leadership role,” concluded Freeman. “Each of the Green 18 has achieved exceptional environmental results in their careers, and we hope Canadians will join us in helping get these candidates elected.” 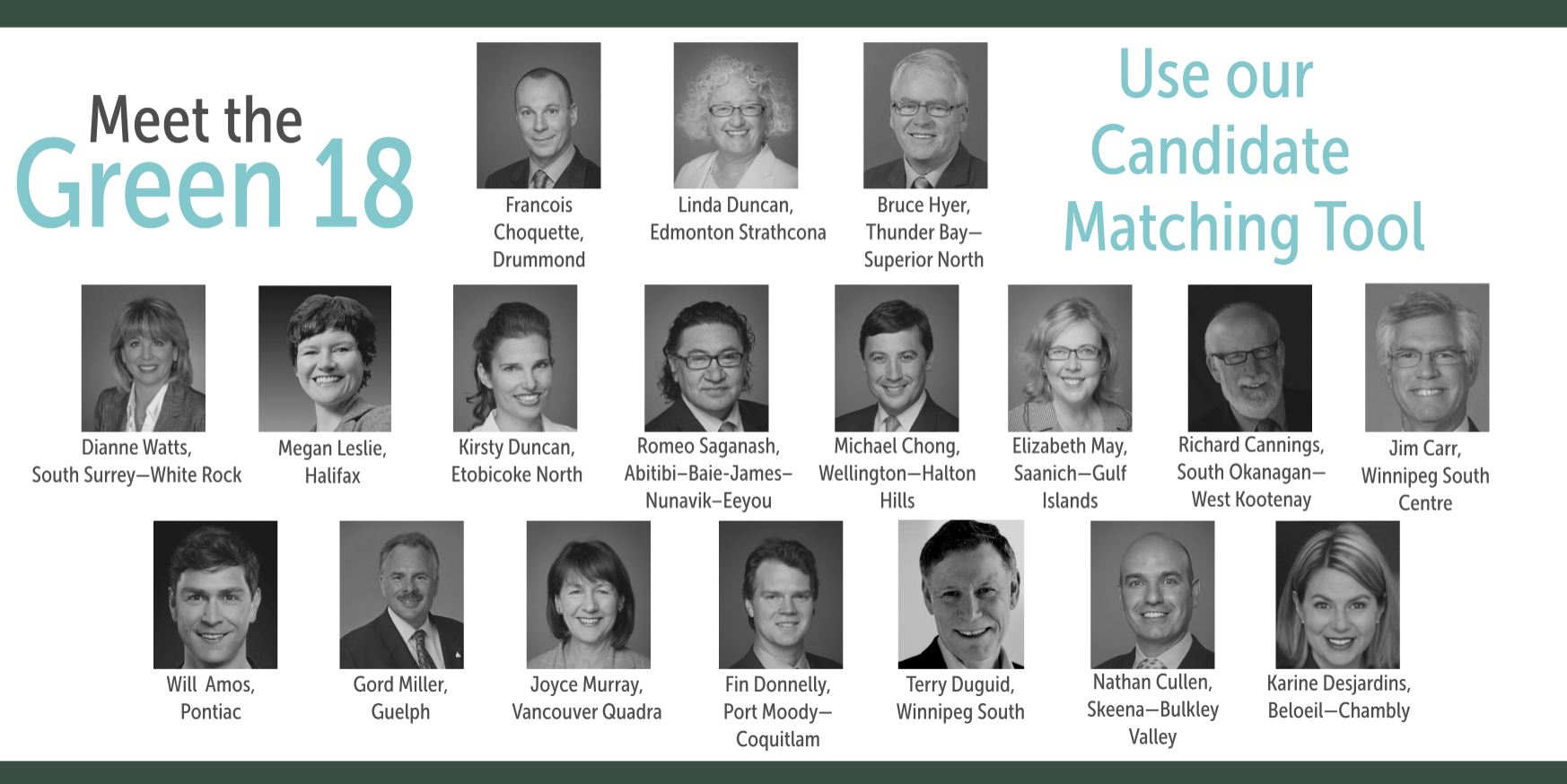