With Ontario’s election officially under way, CBC is out with a curtain-raiser on the four-week campaign that sums up GreenPAC’s reason for being in one succinct phrase:

The campaign will matter.

The news report isn’t about environmental priorities in the election, or environmental leadership at Queen’s Park. But it points toward a key opportunity for GreenPAC supporters over the next four weeks: Whatever your political persuasion, with nearly half of Ontario voters still undecided about who they’ll support on Election Day, the next 24 days are a prime opportunity to find the candidate you most want to support, step up for their campaign, and advance the environmental values we hold in common. 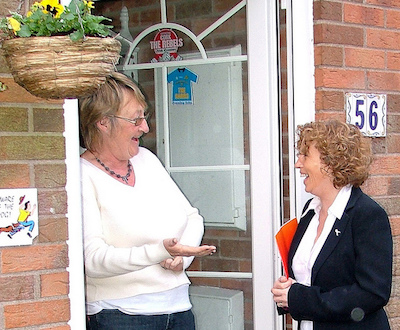 The beginning of the actual campaign marks the end of a pre-election period that went on for months, and felt like it would never end. Many environmental voters took away two underlying messages that will now finally be put to the test: that only a couple of environment-related issues are on voters’ minds, and that the overall cadence of the campaign has already been set, with no possibility that new voices or unexpected developments will shift it.

Now, both of those tacit assumptions will get a reality check, because…

The campaign will matter.

If you’re in Ontario, that reality makes GreenPAC’s Candidate Matching Tool one of the most important ways you can flex your electoral muscle as an environmental voter.

Before the endless pre-election even began, our Expert Panel was hard at work, assessing candidates from the four major provincial parties to find the proven environmental champions who were most qualified to receive our endorsement. We released those endorsements last month. And now, the Matching Tool can help you find the endorsed candidate who best reflects your own environmental and political priorities.

It’ll take you less than five minutes to answer a short series of questions. Then the Matching Tool identifies your match and links you to their donor page, where you can pledge to support them with a donation of dollars or volunteer time. You’ll be supporting a winnable candidate who will bring environmental knowledge and values to their party caucus.

During the pre-election, Ontarians heard their share of sound bites about carbon pricing and the cost of electricity. The profiles of GreenPAC’s endorsed candidates show that there’s so much more to talk about.

Climate change and electricity prices are certainly at the top of the list. But our endorsees have built up strong records of success in waste diversion and recycling, energy efficiency and renewable energy, land conservation and organic foods, transit and affordable housing, neonicotinoid pesticides and other toxic chemicals, water conservation and Great Lakes protection, food security, Indigenous rights, and so much more.

Those topics may not ever come up in a leaders’ debate. But they’ll matter in local riding campaigns, where GreenPAC’s endorsements can have the greatest impact.

The central campaign isn’t over until the votes are counted. CBC cites pollsters who say up to half of the electorate is unsure how to vote, so you can expect the next four weeks to be a roller coaster of volatility.

But whoever forms the next government at Queen’s Park, the composition of party caucuses will be crucial.

GreenPAC was established because we know environmental priorities matter every day. The effort to solve complex, long-term environmental issues is too big and too important to depend on which party happens to hold a majority in the legislature.

GreenPAC exists to put more environmental champions in office, across all party affiliations. We’ll know we’ve succeeded when there’s still vigorous legislative debate about how to address the country’s most pressing environmental concerns—but no question that those concerns belong at the top of every party’s policy agenda.

So just in case you missed the first three links...fill out our Candidate Matching Tool today! (I mean, what are you waiting for?) It’s the first step in making sure you can wake up on the morning of June 8 with a sense of pride at what we’ve accomplished together, regardless of how the seat count adds up in the next legislature.

Fill out GreenPAC’s Candidate Matching Tool today! Then let’s get out there and elect more proven environmental leaders to the Ontario legislature.