This blog was written by Mitchell Beer, President of Smarter Shift. The opinions expressed in this article are of the author’s, and are not necessarily reflective of the views of GreenPAC.

You don’t often meet elected officials whose political careers trace back to their research in climate science.

But Member of Parliament Joyce Murray (L-Vancouver Quadra), Parliamentary Secretary to Treasury Board President Scott Brison, points to her executive MBA research in 1992 as the moment that got her focused on climate change, and on the role Canada must play to address it.

Murray had previously worked as a tree planter, at a time when forestry in British Columbia was extremely damaging to wildlife, ecosystems, and ecological integrity. She cofounded a reforestation company, joined the 1980s push for more responsible forestry and reforestation in B.C., and helped shape regulations that favoured multi-species planting over what she now describes as “an agricultural, cut-it-down-and-mono-plantation mode”.

When Murray began her MBA work in the early 1990s, climate change policy was in its early days. She was interested in the role of forests as carbon sinks, but realized Canada had no carbon reduction target, and no framework for assessing the rol 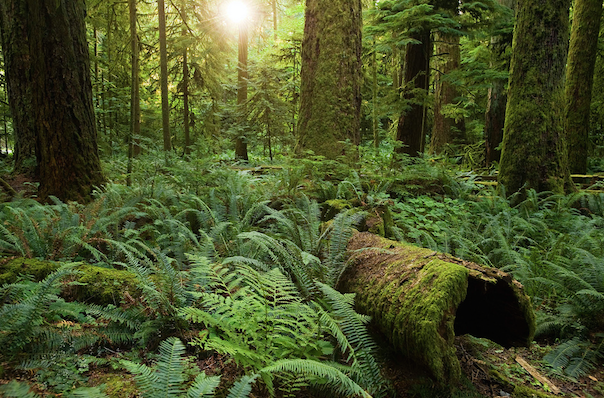 e of carbon sinks in the wider mix of climate response strategies. So Murray got to work.

By the time she finished her thesis project, “I had a proposal for a carbon sink where we would do restoration and reforestation in a set of different ways,” she recalls. She identified 10 different types of reforestation, came upwith proxies for the cost per hectare and the volume of carbon sink accomplished, then crunched the numbers to figure out how much her plan would cost.

The results put today’s carbon pricing battles into perspective. “We could accomplish a large part of my proposed target over 10 years at approximately $8 per tonne, which I had researched as being a reasonable cost per tonne of carbon abated, given what some of the utilities in the United States were already doing in terms of shadow pricing of carbon.”

The project convinced Murray that climate change was the primary challenge facing society. “So I entered politics to have a voice and make a difference on climate change and the environment, on behalf of people who are living on this planet and future people who will be.” She served as environment minister in B.C., ushering in a provincial carbon tax that at the time was an example for North America in the world, before setting her sights on federal office.

Globally, Murray says she sees a “huge opportunity to restore soil carbon storage capacity, whether it’s through wetland or grassland restoration, changing agricultural practices to restore soil, or forestry and reforestation.” That opportunity will largely be driven by policy: many countries clear their forests with no legislative duty to restore them, and even in Canada, the rules say nothing about forests denuded by pine beetle infestations that will be aggravated by climate change.

But Murray was cautious when I asked her about separating the carbon capture potential she’s studied from some of the more exotic options that are getting a rough ride, from Mississippi to Saskatchewan.

“This is a time for innovation and exploring various pathways, because we will really need a portfolio of different solutions,” she said. “I know carbon capture and storage has been very high in terms of its cost per tonne abated. But human beings are innovative…This is a really exciting time when we need to pursue a lot of angles.”

How Canada Can Do Its Part

Murray is emphatic that Canada must be a leader in the global response to climate change. She wasn’t prepared to talk specific numbers—the $2.65 billion the country committed last year to the Global Climate Fund, compared to the $800 million budgeted so far, or the $4 billion per year, beginning in 2020, that Climate Action Network-Canada calculates as the country’s fair share on international climate mitigation.

But she’s determined that the country has to make up for lost time. “There’s been 10 years of missed opportunities,” she says. “A respected country like Canada was claiming for much of that 10 years that climate change was either a fraud, or not affordable, or that we couldn’t do anything until somebody else did. That was very demotivating for other countries to take strong action,” even though “the longer we wait, the more we’ll have to do and the more expensive it will be.”

That’s why Murray saw it as an important step when Canada declared its return to the global climate community at last year’s Paris conference—and she points to the GCF investment as an example of the country’s renewed commitment. She cites a series of policies—from a national floor price on carbon, to a review of environmental assessment processes, to commitments on marine protected areas, Indigenous rights and reconciliation, and a clear acknowledgement of the connection between the economy and the environment.

Speaking a couple of weeks before Environment and Climate Change Minister Catherine McKenna announced a 2025 deadline to shift federal operations to renewable energy, Murray mentioned she’d been working on a plan that would reduce the government’s greenhouse gas emissions 40% below 2005 levels by 2030. She sees that as a particularly sweet success, since it closes a circle that was 10 years in the making: When Murray and Brison first dreamed up a green government initiative a decade ago, she was B.C.’s environment minister and he was the federal public works minister. Now, she gets to lead the charge as Parliamentary secretary.

The longer we wait, the more we’ll have to do, and the more expensive it will be

The Elephant in the Room: Kinder Morgan

As an MP from an environmentally conscious riding in B.C., Murray will be on the front lines when the federal Cabinet makes its decision on Kinder Morgan’s highly controversial Trans Mountain expansion project. Facing massive public pushback after the National Energy Board approved the pipeline, the federal government appointed a supplementary three-member panel to review the decision. I asked Murray how she thought the process was playing out. 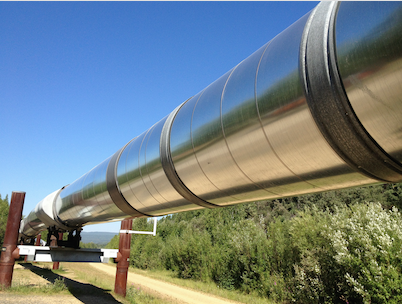 “The government came out with some sound principles for [assessing] the projects that were already in the process when we were elected, rather than sending them back to the drawing board, and I support that,” she says. In principle, the supplementary panel “was the right way to go. I have heard from many people that they didn’t feel the panel process was as science-based and rigorous as they would have liked. So we will see.” She’s satisfied the government “did its level best to create a neutral, robust, science-based, additional consultation process, and the interim panel’s report raised six important questions.”

Murray stresses that her first priority is to ensure the voices of Vancouver Quadra residents are heard in Ottawa. She’s been holding policy discussions and town hall sessions on the Kinder Morgan decision, and distributed mail surveys to ever home in the riding. “Ever since the project was first proposed, I have been actively seeking input,” she says. “I frankly and directly offer that input to my colleagues in Cabinet and the Prime Minister, and trust that it will be given careful consideration.”

Note: This interview was conducted before the federal Cabinet decision on the Kinder Morgan, Line 3, and Northern Gateway pipelines. On November 30, Murray posted a statement on her website that read in part: “Cabinet’s decision to approve the Kinder Morgan Trans Mountain Expansion project is very disappointing for me and for many in Vancouver Quadra and British Columbia. I worked hard to represent their concerns in Ottawa. I also stand in support of my colleagues in government in their inclusive approach to decision-making that considers more voices, a greater diversity of viewpoints, and wider consultation and consideration than ever before. Ultimately, we are moving Canada in the right direction with many positive environmental, climate, and clean energy initiatives, and no one project will diminish my commitment to reducing national greenhouse gas emissions, protecting ecosystems, and ensuring better health and well-being for all Canadians.”

Mitchell Beer is a volunteer blogger for GreenPAC, President of Ottawa-based Smarter Shift, and curator of The Energy Mix, a free, thrice-weekly digest on climate, energy, and low-carbon solutions.