This is a guest blog written by Joanna Kyriazis. The opinions expressed in this article are of the author’s, and are not necessarily reflective of the views of GreenPAC.

The transportation sector accounts for 23% of Canada’s greenhouse gas (GHG) emissions—second only to the oil and gas sector (accounting for 25%). Provinces such as Ontario have made great strides reducing emissions from industry and electricity sectors over the past ten years; however, not much progress has been made cutting emissions from transportation. What can we do to improve our transportation policy and reduce harmful emissions? 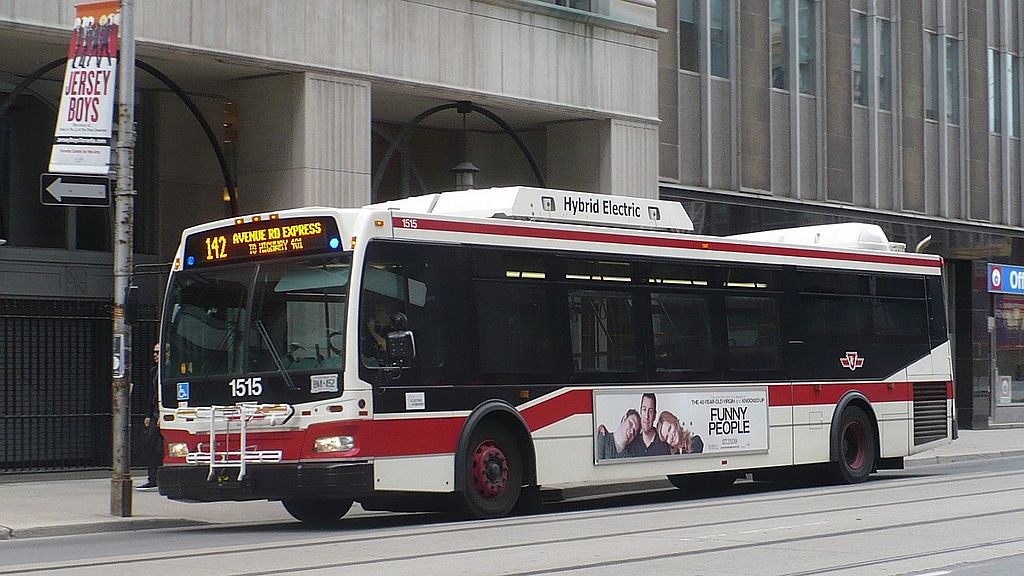 The first opportunity is to increase public transit ridership. Automobiles currently make up about 81% of all trips in the Greater Golden Horseshoe (GGH) area of Ontario. This share rises to 90% when honing in on outer ring municipalities (those farther from the downtown core). Many would attribute this trend to individual preferences and an affinity for personal vehicles, but something else could also be at play.

A joint report by the Pembina Institute and RBC looked at homebuyer preferences in the Greater Toronto (GTA) and found that 81% of respondents prefer walkable, transit-friendly neighbourhoods to car-dependent locations. Respondents said that would choose to live in neighbourhoods where they could walk to amenities and access frequent rapid transit—even if this meant foregoing a bigger house or a backyard. Therefore, people want to walk and take transit to the places they go. But the report also found that most homebuyers choose a location based on price rather than preferences, indicating that home affordability and availability are key factors getting in the way of more complete communities.

How do we address this issue? As the Ryerson City Building Institute recommends in its report Getting Growth on Track, we need to align the growth of our communities with transit investments. In other words, we must design our cities and suburbs so that housing is built along transit lines. When people live close to work, entertainment and each other, this can reduce travel time and car dependence and significantly cut down overall GHG emissions.

Ontario is poised to spend over $30 billion on infrastructure over the next ten years. These investments must be strategically coordinated with the province’s population growth management plans in order to increase ridership, decrease congestion and foster more complete communities. In Spring 2016, Ontario is set to review its Regional Transportation Plan and Investment Strategy, the Big Move. Ontarians: now is the time to speak out about the importance of transit-oriented neighborhoods and put pressure on your local Members of Parliament (MPs) to fight for coordinated planning. For those living in other provinces: find out more about whether and how transportation planning is linked to growth management and hold your local and provincial representatives to account.

A second option for reducing transportation-related GHGs is promoting EVs. "The future of automotive is electric mobility," Josipa Petrunic, Director and CEO, Canadian Urban Transit Research and Innovation Consortium, indicated at a recent University of Ontario, Institute of Technology workshop.Dr. Petrunic believes we have "the brains and the clusters of expertise in Canada to play a leading role in designing, developing and manufacturing the next generation of advanced motors, batteries, fuel cells, power conversion devices and light-weight materials that are going to get us there. The question is whether government realizes this is the case, and whether government will co-invest in this sector as it has in fossil fuel sectors in the past."

It’s true: electric vehicles powered by a low-carbon grid present a key opportunity for meaningful emissions reductions in the country. EVs produce no or low tailpipe emissions and, when charged on a low-carbon electrical grid like British Columbia or Ontario’s, and produce approximately 60% fewer life-cycle GHG emissions than a conventional gasoline powered vehicle. They also provide a means of boosting economic development, creating grid stability and providing links to cap and trade programs.

Automakers and private sector innovators are getting on board: U.S. automakers are introducing new hybrids and EVs in an effort to comply with 2017 federal fuel-economy standards. Tech giant Apple is also working on its own internal EV project, set to be released in 2019. But with EVs clinging to just two percent of the market (CEC), governments also have an important role to play in promoting and deploying EVs.

The City of Vancouver is leading the pack in Canada on this front. During COP21 in Paris, Vancouver announced that it would join the Zero Emission Vehicle alliance and set a goal of having all new passenger vehicles be zero emission by by 2050. Recognizing that access to home charging is a game changer in terms of whether or not someone will purchase an EV (SFU report), Vancouver also enacted a bylaw requiring that all one- and two-family dwellings, MURBs and commercial buildings have a minimum number of parking spaces that are equipped with either EV-supportive wiring and circuitry or a raceway. These government efforts appear to be working, as BC’s EV incentive program is drying up two years earlier than expected due to high demand.

Let’s get other provinces and cities on this track. We need your help to motivate your local, provincial and federal MPs to capitalize on this opportunity and adopt EV-supportive policies.

Finally, Canadian cities can encourage active transportation by enhancing cycling infrastructure. Safe and efficient cycling lanes can do wonders for getting residents on their bikes. A 2014 study coming out of Portland State University's National Institute of Transportation and Communities found that the average protected bike lane sees a 75% ridership increase in its first year alone. Similarly, bike commuting in New York City and Washington, D.C. doubled from 2008 to 2013 as more modern protected bike lanes were installed. Two recent pilot projects in the City of Toronto offer a local success story to demonstrate this point.

In July 2014, the City of Toronto installed separated bike lanes on two major routes in the downtown core (going west along Richmond St and east along Adelaide St.). These were to act as pilot projects to test and evaluate cyclist use and resident buy-in before any permanent decisions were to be made. After one year, the City found that the number of westbound cyclists using the cycle tracks along Richmond over an eight hour period had increased from 500 cyclists in June 2014 to 1,300 in May of 2015. Meanwhile, the number of eastbound cyclists along Adelaide had almost tripled. In July 2015, Transportation Services received approval from City Council to extend the Richmond and Adelaide pilot cycle tracks eastward to Parliament Street. The tracks are now permanent and a new pilot project along another major street, Bloor St., is now being proposed. This marks a huge victory for cyclists, who have been battling automobile drivers for road space for a long time in this city.

If safe and efficient cycling infrastructure is important to you, tell your local representatives that this should be on their agenda.

Innovative transportation policies have the potential to achieve significant reductions in Canada’s GHG emissions, boost economic growth, foster complete communities and promote healthier lifestyles. Under a federal mandate focused on infrastructure investment, policymakers and other decision makers can show leadership on this front—but they need to know that these issues are important to you. Now is the time to speak up. Tell your local representatives that improved transportation policies are on your list of top priorities. Your doing so is the first step in advancing smart transportation solutions.

Joanna Kyriazis is Policy Director at Zizzo Strategy, where she works with organizations across sectors to identify climate-related risks and opportunities and transition to a low-carbon economy. Her work focuses on global carbon policy, land-use and transportation planning, resilient cities and climate risk.