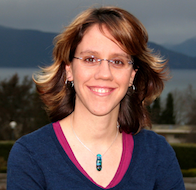 Lynda M. Collins is the Director of the First Year Program and an Associate Professor at the University of Ottawa Faculty Law in the Centre for Environmental Law & Global Sustainability. Professor Collins is an expert in legal approaches to toxic substances, including regulatory environmental law, toxic tort law, and the international law of environmental human rights.

Professor Collins has testified in public hearings before both the House and Senate standing environment committees and at the European Parliament in Brussels.

In 2012, she was invited to make submissions at the inaugural meeting with the United Nation’s Independent Expert on Human Rights and the Environment. In 2013, she participated in a delegation of Canadian NGOs making submissions on Canada’s Universal Periodic Review by the Office of the High Commissioner for Human Rights.

Along with Professor Heather McLeod-Kilmurray, she is a co-author of the leading treatise on the Canadian law of toxic torts. Professor Collins is a member of the bars of Ontario and California.