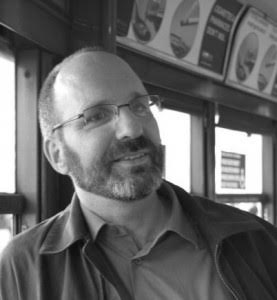 Publisher of the Energy Mix and President of Smarter Shift Inc.

Mitchell Beer is publisher of The Energy Mix, a thrice-weekly e-digest on climate change, energy, and post-carbon solutions, and president of Ottawa-based Smarter Shift Inc. He’s been a proud GreenPAC supporter, volunteer, and occasionally contractor since 2015. Beer traces his background in renewable energy and energy efficiency/conservation back to 1977, in climate change to 1997, and has attended three UN climate conferences as a volunteer communications advisor for Canadian observer groups. One of his proudest moments was building a model wind turbine out of wooden stir sticks with his then-11-year-old daughter, and he declares that improv comedy practices and performances are usually the best part of his week.