This is a guest blog written by Gun Koleoglu. The opinions expressed in this article are of the author’s, and are not necessarily reflective of the views of GreenPAC.

The vast Canadian wilderness is among our nation’s most iconic images. Our art, our flag, the symbols on our money, and even our commercials reflect the significance of nature for the Canadian identity. 85% of Canadians regularly participate in nature-related activities and 82% feel a deep personal connection to nature.[1] Not surprisingly, public concern for the environment has been a factor in our politics for over half a century. 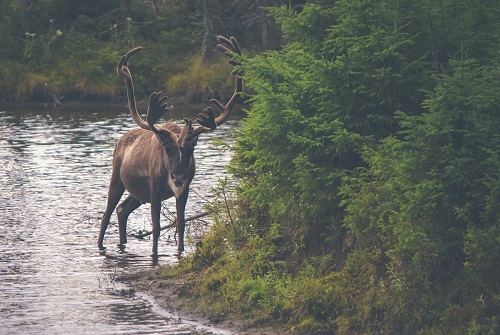 Since the 1990s, over 40% of Canadians have been in favour of increased government spending on environmental issues.[2]

Despite this consistent public support, spending has decreased and Canadian environmental legislation has become stagnant.

The mid-1990s debt crisis and 2008 economic recession provided ample political justification for prioritizing the economy at the expense of the environment. The complex nature of environmental issues like climate change have also contributed to environmental lethargy.

The images of smokestacks and river fires that sparked straightforward and effective action on acid rain in the 1970s and 80s were replaced by highly technical analyses, 50-year projections, and solutions that required addressing multiple sources.[3] In addition, the current consensus among the scientific community on human-caused climate change wasn't as strong 20 years ago. The level of uncertainty further reinforced the reluctance to invest in environmental protection and sustainability.

How did Canadians react?

Since 2000, rapidly accumulating scientific support has helped to, once again, strengthen environmentalism. Public support for increasing government spending on environmental issues steadily climbed[4] and the environment became the top priority of Canadian voters in 2006 for the first time in almost 2 decades.

In 2007, Ipsos reported that the majority of Canadians thought that it is the government’s responsibility to address environmental issues. In 2009, the Canadian Press found that 67% of Canadians were willing to sacrifice economic growth to decrease the rate of climate change.

Another major survey released in 2009, revealed that 93% of Canadians thought sustainability should be a national goal, 72% stated climate change will have very serious consequences, and 67% believed that the government should prioritize environmental protection and economic growth equally. The survey also showed that 86% of Canadians wanted higher environmental standards, 88% wished harsher penalties for environmental violations, and 75% believed that the government was not doing enough to address climate change.

In 2011, a comparative study between Canada and the United States reported that Canadians had significantly higher expectations from all three levels of government.[5]

How did the government react?

In 2012, the 41st parliament gutted core Canadian environmental legislations. In December 2012, Ipsos reported that 61% of Canadians were dissatisfied with the government’s stance on the environment.

The dissatisfaction with the federal environmental policy continues to increase. Support for the Keystone Pipeline decreased by nearly 25% between 2013 and 2014.

Nanos reported in 2014 that an overwhelming majority of Canadians stated that Canada’s energy policy needs urgent review and that the federal government should take the lead in environmental protection. And in 2015, 61% of Canadians agree that climate protection is a higher priority than pipeline and tar sands development.

Sustainability is good for business and it’s something the electorate has been requesting for decades.Now is the time for our political leaders to take up that call. GreenPAC exists to make sure our political leaders are listening to Canadians calls for better environmental regulation and legislation.

We are asking Canadians to pledge their support to an environmental leader running in the next federal election. If you want to find a candidate who matches your values and will put the environment first, please take our quick survey:

— Gün is a second-year student at Osgoode Hall. He has a M.Sc. in environmental biology, focusing on honey bee pathology. He has strong interests in environmental regulation reform and urban sustainability.