This is a guest blog written by Alexa Waud. The opinions expressed in this article are of the author’s, and are not necessarily reflective of the views of GreenPAC.

It’s no secret that Canada is seen as a climate laggard on the world stage. Of course, it has not always been this way, but over the last nine years, Canada has not only lost its place as a world environmental leader, it has stubbornly dug in its heels to stall climate negotiations. Canada has been taking home “Fossil of the Year” and “Colossal Fossil” awards from climate conference after climate conference, and in 2013 at UN climate negotiations in Warsaw, it was awarded the “Lifetime Unachievement” award.

These awards, given out by the Climate Action Network, are meant to shame uncooperative governments; however, Canada’s then-environment minister Peter Kent somehow managed to wear them proudly. An article in Bloomberg Business even went as far as declaring (albeit somewhat satirically) that Canada has a “crystal meth approach to climate,” playing off a quote from Elizabeth May:

“… [P]eople at climate negotiations would ask ‘what happened to Canada?’ as if you were at a high school reunion and you found out that the valedictorian had just been busted on child pornography and crystal meth.”

Although it is an interesting and important question, “What happened to Canada?” is focused too strongly on the past. COP21 in Paris needs to be a forward-thinking conference, so it may be more appropriate to ask: What will happen to Canada in this crucial time amongst a tide of change? 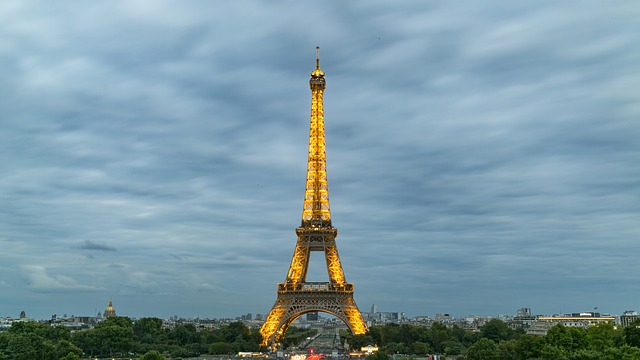 Various political pundits and climate experts have speculated how Canada will perform in Paris under the new Liberal government. Some criticize Canada’s lack of targets and unstructured plan. Others recognize that time is not on the side of the new Canadian government, but note how change is in the air during this lead-up to Paris. In general, Canadians seem hopeful, but wary. They see that the Trudeau government is making symbolic changes, like updating the name of the ‘Minister of Environment and Climate Change’, bringing a large and diverse delegation to Paris, and talking openly of combatting climate change, but are unsure if these symbolic changes will translate into action.

The Canadian government will have to walk the talk in the new year when it solidifies an agreement with the provinces and creates new environmental legislation. But at the Paris climate talks, Canada needs to show world leaders that it is willing to do just that – talk. Canadians have to remember that although we may sense change domestically, the world still sees Canada as the fossil with tar sands. Our country has to the opportunity to present a renewed version of itself in Paris, and for this reason, signalling our readiness is crucial.

Where are the targets? Where is the action?

It can be easy to dismiss symbolic changes as ‘hot air’ in the absence of hardline emission reduction targets. What difference does bringing the premiers and party leaders to Paris in the Canadian delegation make if there isn’t a clear plan as to how Canada will reduce emissions? Is this all for show?

Yes, the changes are in part there ‘for show,’ but showing the world that Canada has changed its stance on climate policy is extremely important. At the base of a negotiation there is a dialogue during which actors try to understand the motives and intentions of their counterparts in order to reach an agreement. Canada needs to show a change of intent to participate productively in negotiations. In other words, symbolic change must come first, and this is what we are seeing.

These symbolic changes are practical as well as important. For example, including party leaders and premiers in the Canadian delegation will increase dialogue across regions and across party lines, which is necessary for passing environment and climate legislation. In fact, Prime Minister Trudeau has acknowledged that such acts are needed to show the world that Canada wants to take climate change seriously:

“I know that Canada has to start demonstrating real action and not just words in order for the world to understand that we are serious and committed to developing our resources in a responsible and sustainable way.”

A Renewed Canada in Paris

Showing that the Canadian government is ready to act on climate is the necessary first step in developing targets, plans and ‘real action’. The Trudeau government is working to transform Canada’s international reputation so that our domestic policy can follow. Naturally, there will be challenges during the policy making process, but dismissing Trudeau’s speeches about inclusion and negotiation as empty is counter-productive. At COP21, Canada will have to show that we’ve opened our doors and want to talk.