This is a guest blog written by Derick Ajumni. The opinions expressed in this article are of the author’s, and are not necessarily reflective of the views of GreenPAC.

Derick Ajumni sits down to chat with cleantech entrepreneur Tom Rand about climate solutions in this first installment of a three-part series.

The cleantech industry can be a major driver for new investments and job growth in Canada. Especially today as the country gears up to become a cleantech leader. But to achieve this, effective public policy efforts are needed to support R&D that ensure ideas are tested and made readily deployable for a sustainable and economic future. 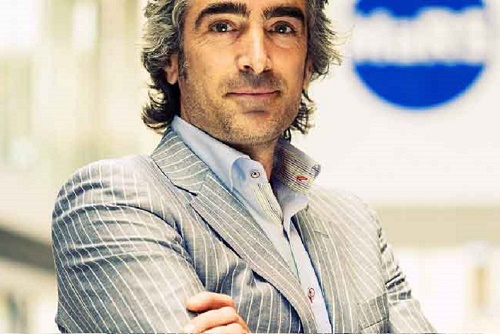 Clean technology, or “cleantech” for short, is a relatively new industry encompassing economically compelling and environmentally friendly technologies, products, and services. There are great leaders in the cleantech sector— from scientists, to technologists, to investors, to entrepreneurs — and they’re having a major impact during a time when renewable energy finally has gained momentum and start-ups are focusing more on environmental markets. One such leader is Tom Rand.

In this first section of a three part interview, Derick Ajumni on behalf of GreenPAC interviews Tom on his role building the cleantech industry in Canada. Tom has been active in the cleantech sector both as a venture capitalist and from a policy perspective, so he understands the challenges entrepreneurs face. His focus at MaRS is on new ventures based on low-carbon technologies and the supporting infrastructure, such as renewable energy and energy efficiency.

Derick: So let’s talk a little bit about MaRs, what is it and what does it do?

Tom Rand: The best way to think about MaRS Discovery District is—we are trying to put Silicon Valley in a building here in downtown Toronto. Canada generates intellectual property, per capita at the same rate as our American cousins, Boston, New York and San Francisco, but we don’t generate the same economic activity from that intellectual property. We generate roughly one tenth of the capital of the jobs per capita than our American cousins. And so MaRs is here to solve that problem and we solve that problem in a number of ways with some complexity. But we really have three focuses: life sciences, IT and cleantech.

I founded the cleantech practice back in 2009, the mandate there being to find the best and brightest ideas within cleantech companies and help them find capital, hit global markets and become dominant players in that sector.

Derick: Paint us a picture of what the new economy looks like here in Canada?

Tom Rand: Historically, we made a lot of money in mining, petrochemicals and oil. What I’m trying to do is think about Canada’s role in the low carbon economy. As the world transitions to a low carbon economy, how is Canada going to play there? Are we going to get a net benefit from that transition?

So in my mind, jurisdictions will be net sellers or net buyers of low carbon technology. That transition is coming whether one wants to believe in climate [change] or not, the world is de-carbonizing. Canada has a choice, we will either work very hard to develop our innovation around clean energy technology and ensure that we are selling that technology to the rest of the world or we would end up buying it.

If Canada gets just 2%—which is our pro rata share of global emissions—of the clean energy market, our clean energy sector would be as big as our automobile sector. Two percent of what we should get for just showing up, I think that’s the minimum we should be thinking about. If we think about our universities, our research, the ability to raise capital, our expertise in energy — even though it is ‘old school’ energy, there is no reason we can’t get a much bigger piece of that pie.

Today, clean energy technology companies are dominated by what they call SME (small and medium size enterprises) they are not big public companies yet, they are small and are growing but there are many of them. They spend more on research and development (R&D) than the entire oil and gas sector. Think about that for a moment. You want to think about what the future economy would be composed of, look to where the R&D money is flowing because that’s next generation technology; not yesterday’s technology. Canadian cleantech companies spend more on R&D in absolute terms than the entire oil and gas sector in this country.

That piece of the Canadian economy is healthy but that does not mean it will remain healthy. This is a very difficult market to enter, because of its energy and its infrastructure, it requires a lot of financial backing, it requires strong capital and access to global markets. So as we are transitioning from a start-up economy—cleantech economy—as these companies mature and enter the global scene, an ecosystem that supports them is critical.

I would note that no industry of any size, automotive, the internet, aerospace, nuclear, medicine, none of those industries were invented ‘de novo’—out of nothing—in someone’s garage by the private sector. There was always strong strategic public support for those sectors. Cleantech is no different, so the idea that cleantech is going to come out of the woodwork and suddenly develop into a trillion dollar industry by itself, not going to happen. Other governments are being very strategic about how they support their industries and Canada needs to do the same thing.

Derick: What are some of the most exciting game-changing technologies and how might they change our lives in the next decade?

Tom Rand: Well there are two pieces to that. One is simply that the cost of renewable energy is decreasing very rapidly, it dropped almost 80% in the last four or five years. It’s at grid parity in many parts of the world and those regions would increase their capacities. That’s very exciting and Canada’s got some great horses in that race. Morgan Solar, for example, will be the lowest cost solar energy producer on the planet later this year.

What’s also interesting though is energy storage. Skeptics complain that the sun does not always shine, the wind does not always blow—yeah! So in order to address this, energy storage is in my mind the ‘holy grail’ of renewable energy. Tesla’s announcement of the Power Wall was exciting and will obviously play a big role in energy storage but we already have Hydrostor in Canada, underwater compressed air; which is the lowest grid scale energy storage that I have seen. They store energy by compressing air and they find a really cheap place to put it which is in giant bags in the bottom of the ocean.

That’s really exciting. When you combine Hydrostor and a low cost energy production, you now can take care of fossil fuel. You can then have a clean deployable energy with the potential to take out diesel generation all across the Caribbean. First diesel, then gas and then coal. 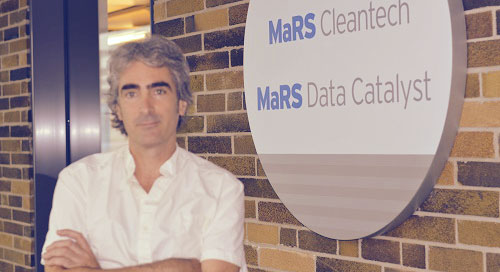 Derick: What will it take to get us there?

Tom Rand: I have no worries about the health of the cleantech companies I work with. They are going to succeed no matter what policy and issues are put in place. But that’s OK for me as an investor. But as a human being, that doesn’t mean we are going to solve the climate problem. We need to be installing these kinds of technologies somewhere between one and two orders of magnitude faster if we are going to avoid two degrees of warming.

Our backs are against the wall. So a price on carbon which I think is economically justified for a number of perspectives—I won’t get into those here other people made those arguments and I as well—but the price of carbon is necessary because as an energy analyst from the University of Manitoba,Vaclav Smil points out correctly, it takes about 50 years for a new energy source to replace an old energy source—even if the new one is better, faster, and cheaper. In his view, we are historically determined to fail on climate.

The market is telling us we are determined to fail on climate, so we need something to change that dynamic. That’s what the price on carbon does. At the macro level, we need a price on carbon that would accelerate this transition— that would take place anyway. It would take 50 to 100 years, but we don’t have that long; we have 10 years. That’s what we need at the highest level.

What Canada needs to do, aside from playing with the price of carbon and being at the table in good faith, we need to think very hard about how we leverage capital to accelerate our companies into these global markets. Groups like Export Development Canada (EDC) are critical partners for cleantech companies as they move into global markets because new technology is not bankable. What I mean by that is—if you want to build a new technology based power plant and need a loan, the bank will need to see that your technology works for 20 years, before you get a 20 year loan. We need to shorten that.

That’s where EDC could play a role, even ‘Green Bonds’ where we raised national funds backed by the government, handled by the private sector that deploys low cost capital into deploying these technologies can accelerate this as well.

It’s about accelerating Canadian clean energy technology in the global market. We can compete but we need to accelerate and that requires capital. Cleantech is not like IT, it’s big wires and not little wires, it’s infrastructure. That’s capital and that requires project financing when you think very hard about how we help deploy, help catalyze large scale project capital into Canadian technologies that are being deployed globally.

Stay tuned for the next piece — which will outline the Canadian government’s role in the Cleantech industry. The best way to know when it’s posted is to follow us on Facebook:

— Derick Ajumni is the Founder and Managing Editor of PVBuzz, an online platform showcasing developments in the solar photovoltaics field. Derick's interest and ardent support for the solar industry began after he completed his Masters Degree in Environmental Policy from Clark University in the United States.