The cost of not solving climate change? We can't afford it.

This is a guest blog written by Derick Ajumni. The opinions expressed in this article are of the author’s, and are not necessarily reflective of the views of GreenPAC.

On behalf of GreenPAC, Derick Ajumni sat down with Tom Rand from MaRS Discovery District to talk about the relationship between our government and the emerging cleantech industry. This is the second instalment of the multi-part series — you can read more about Canada's cleantech industry in part one. 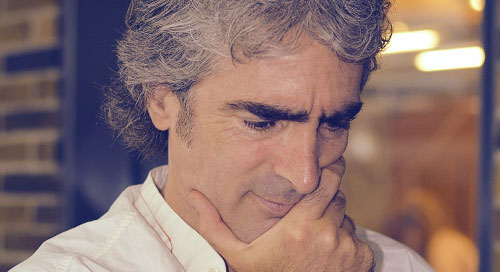 Interest from venture capital towards cleantech has steadily increased over the last several years because of a huge shift in the economics of the energy industry. The fact that technology in the cleantech industry has quickly developed to the point of becoming almost cost competitive with traditional methods of producing energy makes it extremely worthwhile—not just for the environment, but also financially.

Derick: What role does our government play in the cleantech industry specifically?

Tom Rand: First of all, we need to recognize the things that we have done well. Sustainable Development Technology Canada (SDTC) is one of the single most important reasons why Canada has a cleantech sector at all. They have been deploying money intelligently, leveraging private capital, doing really good due diligence for the past 10 years. That’s the basis for the Canadian cleantech industry, so we need to double down on SDTC.

SDTC and Export Development Canada (EDC) recently announced a partnership to try to get cleantech companies to the market. I think the government’s role is to continue to provide support for those kinds of institutions and ensure they are recognized as strategically important.

Green bonds also play a role. [Editor’s note: Green Bonds are a government backed financial instrument designed to raise capital to accelerate renewable energy production. The idea is to raise money from the public, guarantee it by the government, and lend it at low rates to energy producers who choose renewable methods of production.] I think that Canadians have an appetite to do something about solving the problem of climate change, they want to do more than change a light bulb. A green bond is like a ‘victory bond’ for World War II, it engages citizens. So certainly a retail-oriented product like a green bond which is backed by the Canadian government, is a good idea.

Engaging the Canadian public, giving them a seat at the table, and a way to deploy their capital into solving this problem fundamentally changes the political dynamic. Because Canadians are involved, they feel empowered, they put some money on the table, and they see results. It is a very important way for Canadians to engage on climate, doing more than changing the light bulb.

It is very difficult to engage on climate, anybody who looks at this issue — if you are not troubled, if you don’t feel despair — then you don’t understand it. A good example is the recent drought in California, it is getting nasty and Canadians want to do something. They are agitated and green bonds provide a solution; not only do they raise capital and accelerate Canadian technology in the market, they engage the public in a way that has a positive impact on the climate. Unless you give people hope, unless you give people a way to participate in a positive way they will turn away from this issue.

Derick: Won’t all this be expensive?

Tom Rand: [laughs] Well, first of all, I would argue that doing nothing is the most expensive option. How much money is California losing right now because of that drought, $17 billion last year? This is the appetizer to the main course, if we don’t solve this problem, this economy will not make it past 2050. We will not be able to support 8 billion people on this planet. If you want to talk about expensive, sit and do nothing. You will find how expensive this is going to get. 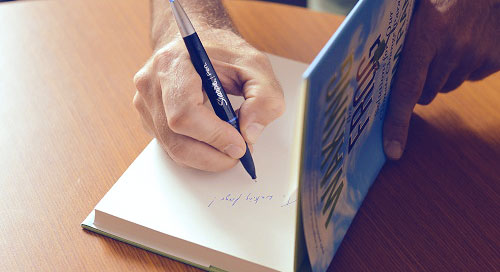 Derick: Who is going to pay for it?

Tom Rand: First of all, it is not incumbent upon those who are trying to solve this problem to defend the cost, because we need to do it. It is not optional —  it is a moral imperative to keep the world safe. That’s what we are doing. That said, my own analysis says the cost is about a coffee and doughnut per person per week to avoid 2.5 degree of warming—that’s with no economic upside. That’s with no benefits from not sending our money to Saudi Arabia for oil, just pure cost. Now if you listen to the skeptics on all this, those who say it’s too expensive, they will say it is between 1% and 2% GDP. I’m not going to argue with that but, I think they are wrong, it’s a net positive to respond to this actually. It’s a kind of payback period but it’s a net gain for us to solve this problem. There is more information about this in my book, Waking the Frog: Solutions for our climate change paralysis.

To switch to renewable resources as a technology base is an economic transition that comes with a net gain. It comes with effort and capital cost but it’s got an economic gain. But forget that. Let’s pretend it doesn’t, let’s take the skeptics at face value, the American Enterprises Institute, the Koch Brothers, or the people who say it’s too expensive. 1% to 2% GDP is what it will cost us. Now if you ask what most people spend to insure their houses? They would probably say $2,000.00/yr. What’s it worth to insure the planet? To ensure that we have a livable planet? 1% to 2% GDP as an insurance cost is too much for us to bear? It’s not. And those costs are from the skeptic’s mouths, not mine. Generations before us paid a lot bigger price than 1% or 2% of GDP to get us here. Whether through conflict, through resource wars, through depressions, they did it. Here we are and all our generation asks is 1% to 2% GDP to solve the biggest existential crisis humans ever faced? I know what my Grandma would say if we say it’s too expensive or too difficult.

Stay tuned for the final part of the interview with Tom Rand which will outline some of his own inspired projects, and where he thinks the path forward lies for the cleantech industry. If you have liked the series why not tweet about it or share it on Facebook?

— Derick Ajumni is the Founder and Managing Editor of PVBuzz, an online platform showcasing developments in the solar photovoltaics field. Derick's interest and ardent support for the solar industry began after he completed his Masters Degree in Environmental Policy from Clark University in the United States.