One of the simplest, most powerful requests any environmental advocate can ever make of an elected representative is to fearlessly follow the evidence wherever it takes them.

For several years in Ottawa, scientists would joke bitterly about how an earlier federal focus on “evidence-based policy-making” had been replaced by “policy-based evidence-making”. You’ll get mixed reviews these days on where the federal government stands on that scale. But with some key provincial elections on the calendar for this year, the real opportunity to bring strong environmental advocates to elected office will unfold in Ontario, New Brunswick, and Quebec.

The first of those three votes, where GreenPAC is devoting the most time and resources, takes place in Ontario June 7. And later this month, once we’ve released our campaign endorsements, you’ll be just a couple of clicks away from a simple, effective tool to promote an evidence-based approach to government. Our Candidate Matching Tool is your key to finding the provincial candidate who best aligns with your own environmental and political values. 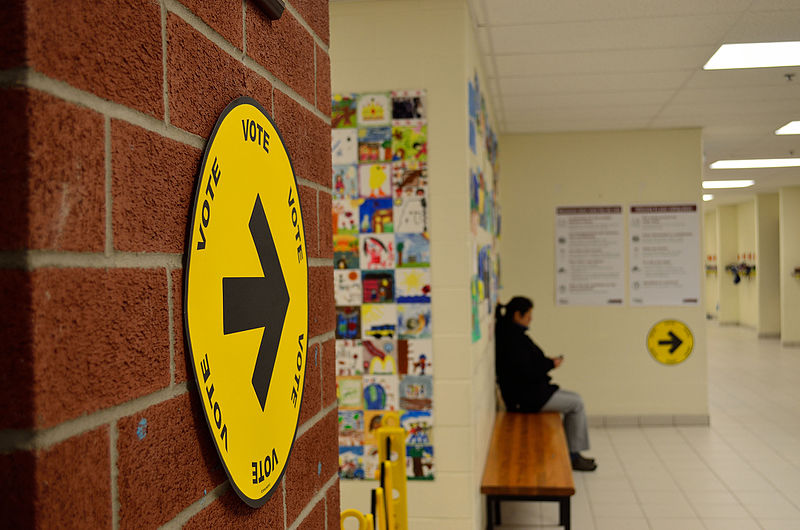 Where the Evidence Matters Most

Environment isn’t the only area where governments run into trouble when they allow daylight between the policies they adopt and the evidence available to guide their decisions. But GreenPAC supporters know that with multiple, complex environmental challenges on the agenda, good governance means having knowledgeable, courageous environmental champions in a position to advocate within their party caucuses and vote for sound solutions.

Late last month, the Ontario Clean Air Alliance (OCAA) came up with an action request that illustrated the point.

The OCAA is in the midst of a long-running campaign for what really boils down to a least-cost energy strategy for Ontario. In a province where high electricity bills are emerging as a major campaign issue (and renewables are being “scapegoated” for the lion’s share of the cost increase), the Alliance has been turning to the data, pointing to energy efficiency and water power from Quebec as the province’s two most affordable options for meeting the demand for energy services.

With one of the provincial parties suddenly plunged into a leadership campaign on the eve of the general election, the Alliance sprang into evidence-based action.

While all the remaining candidates in the leadership vote oppose a carbon tax, “they haven’t told us how they will ensure that Ontario meets its critically important greenhouse gas reduction goals,” the Alliance notes. “So we have asked the PC leadership candidates: ‘Should the Government of Ontario seek to negotiate a long-term electricity supply contract with Hydro Quebec to lower our electricity rates?’”

It’s an interesting use of a technical question as a prompt for public campaigning. The question itself is a great example of how the political dialogue would change with more environmental leaders in elected office, prepared to ground their decisions and priorities in science and data. The Alliance went public with its question because not one of the leadership candidates had answered it. With knowledgeable, committed environmental advocates in every legislative caucus, that kind of missed signal would be a lot tougher for parties to tolerate.

While its focus at the moment is on one leadership race, the Alliance has been raising its issue across party lines. Observers like Ottawa Citizen columnist Dave Reevely have suggested that all three parties with seats in the current legislature are in a race to the bottom, with no well-thought out energy strategies on the horizon. He says they’re looking to endear themselves to voters by cutting electricity bills at any cost—with some of them casting doubt on common-sense, pro-efficiency, and ultimately low-carbon policies like time-of-day pricing.

Crossing Partisan Lines for the Win

GreenPAC doesn’t advocate for specific policies, and we don’t have a detailed prescription for Ontario’s energy future. But we know that the answers elected officials come up with often depend on the questions they ask.

That a rigorously evidence-based approach to policy will bring us a lot closer to the sound, forward-looking environmental policies we need.

And that such a fundamental change in the way political decisions are made has to cross party lines. It’s too important to be in vogue when one party holds office, then go out of style after the next election. That’s why GreenPAC endorses candidates across all the major parties in an election, then uses the Candidate Matching Tool to help our supporters and allies decide which candidate will deliver the leadership they most want to see.

And when those candidates start communicating and cooperating across partisan lines…that’s when great things start to happen. We know that many of the most significant, challenging victories in environmental legislation in Canada depended on advocates in different party caucuses finding common ground, then convincing their colleagues to sign on. The June 7 election is our best opportunity yet to put a solid foundation under that model in Ontario.