Water service agreements: Another possible solution to the contamination crisis

This blog was written by Elsie Richmond, an undergraduate student at Guelph University. The opinions expressed in this article are of the author’s, and are not necessarily reflective of the views of GreenPAC.

From Aamjiwnaag in Canada’s ultra-polluted “Chemical Valley” to Neskantaga, a First Nation on its 22nd year of a boil water advisory, environmental injustice and legal discrimination are intersecting at an issue that plagues First Nations across the country: contaminated water.

Human Rights Watch has deemed the lack of safe drinking water for First Nations within Canada to be a violation of fundamental human rights. According to Health Canada, as of May 31, 2016, there were 126 Drinking Water Advisories in effect in 84 First Nation communities across Canada.

Contaminated drinking water in First Nations communities has garnered significant media attention over the last year. When Human Rights Watch published their report, the scale of the issue became more apparent to Canadians. Beforehand, during the 2015 federal election campaign, Prime Minister Justin Trudeau promised to end boil water advisories on reserves within the next 5 years.

First, there is regulatory work to be done. Today, enforceable drinking water standards do not exist at the federal level. Water provision is a provincial responsibility but First Nations are under federal jurisdiction, and are not governed by provincial water legislation. This institutional discrepancy prevents First Nations from accessing provincial expertise and regulations.

However, a program operated through the Federation of Canadian Municipalities (FCM) is beginning to facilitate change from the municipal level, which allows the First Nations to work within the provincial framework.

The Community Infrastructure partnership program (CIPP), a project led by FCM, has made movement towards easing the drinking water crisis on reserves. The program works with First Nations and a municipal partner to facilitate the negotiation of a water service sharing agreement. Water service agreements are legal agreements between a First Nation and municipality where, typically, the First Nation purchases treated water for a negotiated fee.

FCM also has made free resources available like webinars, case studies and regional workshops to guide anyone wishing to learn more. CIPP can also work directly with communities to facilitate knowledge transfer and assist in the agreement creation process. The program, which began in 2010, has had many successful events and supported development of service agreements as well as friendship or communication agreements. 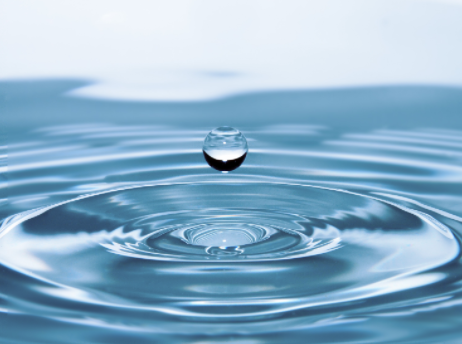 The water servicing agreement between the communities of Aamjiwnaang First Nation and the City of Sarnia in Ontario is an example of a recent environmental justice progress.  Aamjiwnaang is one of Canada’s most polluted communities located in “Chemical Valley” where tens of millions of kilograms of pollutants are emitted each year. The two communities have had service agreements since the 1950s, and they desired to renew, clarify and update these agreements. The updated agreement will guarantee Aamjiwnaang a secure source of safe water, despite the extreme pollution faced by the community.

The agreement creation process consists of learning from the other party, and increasing familiarity with the water service infrastructure. To support the continued development of the agreement, a representative of each party remained in contact in between workshops and scheduled monthly meetings. Aamjiwnaang and Sarnia are now very close to finalizing the agreement thanks, in part, to the free resources available through CIPP, and they are planning a public celebration for summer 2016.

Water Sharing Relationships—setting the groundwork for other environmental collaboration

Not only does the model of CIPP have potential to help First Nations proactively address their water quality crisis, but Service Agreements also play an important role in the process of reconciliation. Sharing relationships built upon service provision create trust and links between the communities. These relationships are built to be long lasting because the service agreements enforce continued interaction and cooperation. Neighbouring communities that are able to collaborate can work to overcome fragmentation of environmental regulations.

Water servicing agreements are not the only solution to ending boil water advisories on reserves, but they are an option that should be considered. With 84 communities that lack safe drinking water across Canada, we cannot expect to find one solution that considers the unique needs of each First Nation. Projects like CIPP work to empower communities so that they can address their present and future environmental concerns.Importantly, if any disaster occurs it will not be a situation of “us against them.”

When communities successfully share a resource as polarizing as water, they will have developed the skills and relationships needed to work together to co-manage other environmental issues. Federal, provincial and municipal leaders need to address contaminated water in First Nations immediately, and perhaps, they should look to the innovative work of CIPP for inspiration.

Elsie Richmond is a third-year undergraduate student at the University of Guelph, studying Food, Agricultural and Resource Economics. Her position as a Undergraduate Research Assistant has sparked her desire to work with local governments on First Nations-settler relations.